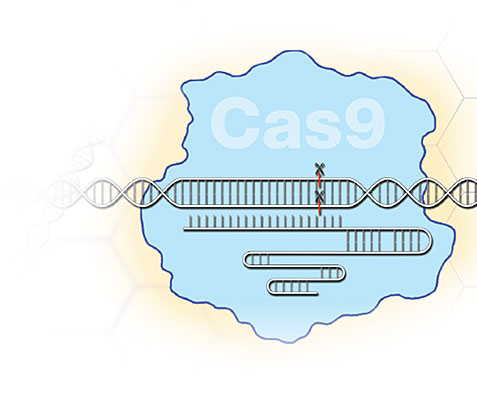 One of the most exciting recent developments in genetic engineering is CRISPR-Cas9 (CRISPR). CRISPR derives its name from "clustered regularly interspaced short palindromic repeats," genomic sequences that microbes use to defend themselves against viral attacks. Along with CRISPR associated (Cas) proteins, bacteria use the sequences to recognize and disarm future invading viruses. Scientists have adopted this system for use in genetic engineering.

CRISPR-Cas technology allows scientists to edit genes and manipulate gene expression with a level of ease that was not possible using other methods. Importantly, it also allows researchers to edit genes within living organisms, a fact that supports the use of CRISPR-Cas in a far-reaching range of applications from basic research to the development of novel therapies and other biotechnology products.

The 2020 Nobel Prize for Chemistry was awarded to Emmanuelle Charpentier and Jennifer Doudna for the development of this method for genome editing.

This page contains background information about the CRISPR technology as well as other resources and activities. Please also watch our video, CRISPR Explained: Gene Editing History, Technology, and Applications.

Bacterial Chromosome A CRISPR region within a microbial genome.

Some prokaryotic genomes contain short, palindromic DNA sequences that are repeated many times, with unique "spacer" sequences between the repeats. These "clustered regularly interspaced short palindromic repeats" (CRISPR) are followed by short segments of spacer DNA that match DNA sequences found in bacteriophage genomes (bacteriophage are viruses known to infect bacteria). Groupings of CRISPR-associated (Cas) genes are also found next to CRISPR sequences, and these Cas genes encode enzymes that cut DNA in specific places, like precise molecular scissors.

CRISPR-Cas9 sequences work together to provide an immune response in which a microbe could recognize invading DNA and unleash Cas enzymes to cut and disarm it. CRISPR sequences and the Cas enzymes are the keys to the microbial "adaptive immune response," which involves three phases:

Using this system, bacteria can collect sequences from many different infecting viruses to create a "library." Since the CRISPR sequence is contained in genomic DNA, it is passed on to each generation, and the library continues to change and adapt to more common threats over time.

The CRISPR-Cas9 microbial defense system. 1.  The Cas1-Cas2 enzymes of the microbe recognize and cut out a segment of foreign DNA. 2. The Cas1-Cas2 enzymes insert the DNA segment into the CRISPR region of the bacterial genome as a spacer. 3. A spacer sequence is transcribed and then linked to a Cas9 protein. 4. Upon reinfection by the same invader, the CRISPR-Cas9 complex can recognize the foreign DNA sequence and cut it to prevent complete reinfection.

The CRISPR-Cas9 system uses modified components of the bacterial CRISPR system to direct target-specific cutting of double-stranded DNA. DNA repair mechanisms then take over to fix the break in a manner that modifies the genetic sequence that has been cut.

Repairing the Break to Engineer the Change

Researchers can use the cell’s own DNA repair machinery to modify, insert, or delete a nucleotide sequence. The repair can happen in two ways: 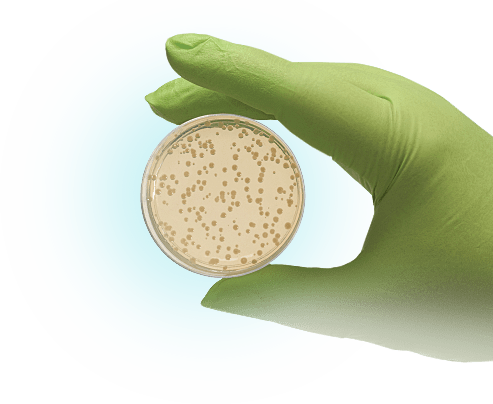 With CRISPR, targeted disruption of any gene — in most organisms — is possible. It allows scientists to modify genomic DNA with precision to ensure that no other genes or sequences are unintentionally disrupted. CRISPR technology is easier, faster, and less expensive than other gene-editing techniques and can be used to edit multiple genes at the same time in a single cell. Finally, CRISPR requires the introduction of only one protein (Cas9) and one sgRNA into a cell. Such a powerful technology can be expected to have a vast range of applications.

Researchers are looking to CRISPR as a technique for editing out genetic defects that result in sickle cell disease, cystic fibrosis, hemophilia, and muscular dystrophy, and for developing more targeted and effective cancer treatments. One study showed that adult rats engineered to have a genetic form of blindness could be treated using CRISPR gene therapy (Berry et al. 2019). The goal is to someday have patients' diseased cells removed, "fixed" with CRISPR, and then returned to their bodies to treat various conditions or have diseased organs be treated directly with CRISPR. The potential for using CRISPR to change genetic traits in humans has raised serious concerns, about possible unintended effects, as well as ethical questions. The ease of applying CRISPR has caused worry about the potential misuse of the technology. Despite these concerns, CRISPR is revolutionizing many aspects of biotechnology and scientific research.

CRISPR technology is expected to accelerate the development of new, improved crops. The technology has produced crops and livestock with desirable traits such as faster growth, higher nutrient content, and disease resistance. And, since CRISPR technology can modify genes without introducing new genes, CRISPR-modified plants may be subjected to lighter regulations than other genetically modified crops.

Scientists have used a modified CRISPR-Cas9 system to create a yeast strain to produce lipids and polymers. These molecules could be useful in the development of biofuels, adhesives, and fragrances. Currently, these lipids and polymers are made synthetically from non-renewable petroleum-based materials that are more expensive and could present safety risks.

Scientists are experimenting with using CRISPR to engineer "gene drives" to spread specific genes through a population of insect pests that cause them to die or become infertile. This technique is being considered to eradicate mosquitoes carrying human pathogens like malaria parasites or Zika virus. 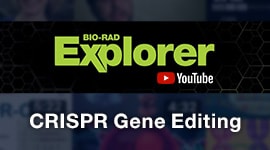 Have your students gain perspectives about CRISPR from some of the industry’s leading experts.

Have your students use this CRISPR paper model activity at home to learn about the CRISPR-Cas9 system.

Students can use this activity to design Cas9 target sites in the human genome and determine risk for off-target effect.

Use and modify this slide deck to help guide your students through the CRISPR-Cas9 gene editing lab activity.

CRISPR for the Classroom

Out of the Blue CRISPR Kits

Use CRISPR-Cas9 gene editing technology for editing the lacZ gene in E. coli. Visualize results with blue-white screening and confirm them by PCR. Deepen your understanding of CRISPR, its promise and risks, and the ethics behind its many applications.