Flow cytometry and cell sorting are two powerful technologies used in a wide range of basic and clinical research. However, while flow cytometry and cell sorting are used to describe two different technologies, they actually utilize the same underlying principles. Further, it should be noted here that when someone is referring to a commercial solution as a "flow cytometer," this is a misnomer. This type of instrument should actually be referred to as a cell analyzer. So, what exactly is the difference between the two? Well, to get at an answer, it would be very helpful to first have a basic understanding of how a flow cytometer works. But, feel free to skip to the next section to learn about the differences between these two types of instruments.

How Does a Flow Cytometer Work?

Flow cytometry is the measurement of the physical and chemical properties of cells (or particles) in a pressurized fluidics system, which delivers the cells in a singular fashion past a point of interrogation. 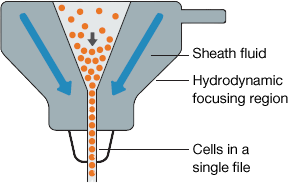 Flow cytometry is a powerful technique that can be used to detect and measure the properties of a population of cells or particles. When using a flow cytometer, a sample containing cells or particles is suspended in a fluid and injected into the flow cytometer instrument. When the sample enters the flow cytometer, the particles are randomly distributed in the 3-D space of the sample line, the diameter of which is significantly larger than the diameter of most cells. The sample must therefore be ordered into a stream of single particles that can be interrogated individually by the instrument's detection system. This process is managed by the fluidics system, which consists of a central core through which the sample fluid is injected, enclosed by an outer sheath fluid. Due to narrowing of the sheath (in a nozzle or cuvette), the fluid velocity is increased. The sample is introduced into the center and is focused by the Bernoulli Effect (Fig. 1). This allows the creation of a stream of particles in single file and is called hydrodynamic focusing. Under optimal conditions (laminar flow) there is no mixing of the central fluid stream and the sheath fluid.

After hydrodynamic focusing, each particle passes through one or more laser beams of focused light with each light source having a single wavelength ranging from ultraviolet to far red. Light scattering or fluorescence emission (from autofluorescence or if the particle is labeled with a fluorophore) provides information about the particle's properties. Light that is scattered in the forward direction after interacting with a particle, typically up to 20° offset from the laser beam's axis, is collected by a photomultiplier tube (PMT) or photodiode and is known as the forward scatter (FSC) channel (Fig. 2). This FSC measurement can give an estimation of a particle's size with larger particles refracting more light than smaller particles. Light measured at a 90° angle to the excitation line is called side scatter (SSC). The SSC can provide information about the relative complexity (for example, granularity and internal structures) of a cell or particle. Both FSC and SSC are unique for every particle and a combination of the two may be used to roughly differentiate cell types in a heterogeneous population such as blood. However, this depends on the sample type and the quality of sample preparation, so fluorescent labeling is generally required to obtain more detailed information. 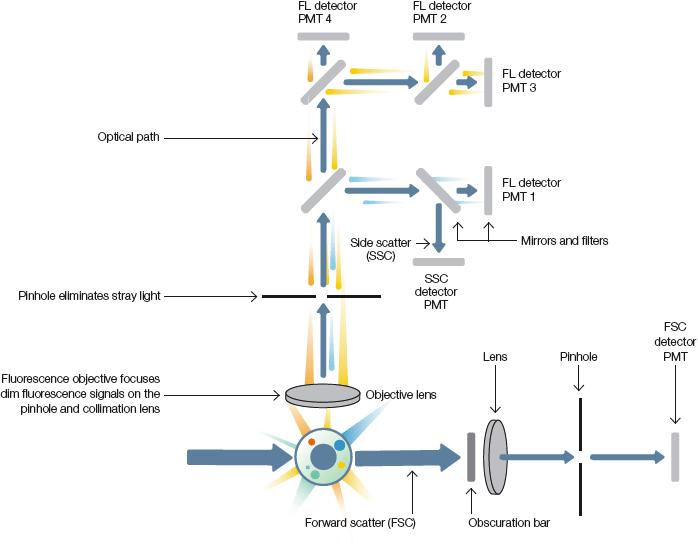 Fluorescence measurements taken at different wavelengths can provide quantitative and qualitative data about fluorophore-labeled cell surface receptors or intracellular molecules such as DNA and cytokines. Most flow cytometers use separate channels and detectors to detect emitted light, the number of which vary according to the instrument and the manufacturer (Fig. 2). Detectors are either photo PMTs or photodiodes (APD). PMTs are the most commonly used detectors.

The specificity of detection is controlled by optical filters, which block certain wavelengths whilst transmitting (passing) others. There are three major filter types. Long pass filters allow light through above a cutoff wavelength; short pass filters permit light below a certain wavelength and band pass filters transmit light within a specified narrow range of wavelengths (termed a band width). These dichroic filters can block light by phased reflection allowing certain light to pass through while interfering with other wavelengths. A dichroic filter is also a mirror when placed at an angle to the oncoming light. This type of filter can now perform two functions. First, it allows specific wavelengths to pass in the forward direction. Second, it can reflect light at a 90° angle. This allows the light path to be passed through a series of filters. The precise choice and order of the filters can be arranged so that multiple signals can be detected simultaneously. 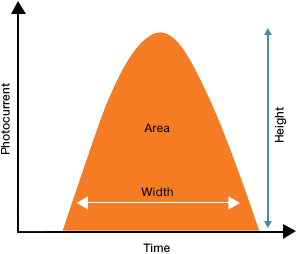 Fig. 3 Quantifying the pulse by measuring its height, area, and width.

As the pulses are generated, their quantification is necessary for fluorescence signals to be displayed on plots, analyzed, and interpreted, which is the analytical job function of the signal processing electronics of the flow cytometer (Fig. 4). The electronics quantify the entire pulse by calculating its height, area, and width. The height and area, or maximum and integral, respectively, are used to measure signal intensity because their magnitudes are proportional to the number of photons that interacted with the PMT. The width, on the other hand, is proportional to the time that the particle has spent in the laser and can be used to distinguish between single particles or closely interacting particles and doublets.

The measurement from each detector is referred to as a parameter. Each parameter can be displayed in height, area, and width values on the histograms and dot plots in flow cytometry software, which can be used to measure fluorescence intensity and compare populations. Tens of thousands of cells can be quickly examined this way (even up to 100k cells per second depending on the flow cytometer) and the data gathered are then processed by a computer and makes for an especially powerful tool when it comes to analyzing the makeup of a sample.

Many Common Features, One Big Difference

Droplet-based cell sorters like the S3e Cell Sorter, which are often referred to as fluorescence-activated cell sorters, or FACS for short, first analyze the particles, but also have hardware that can generate droplets and a means of deflecting or directing wanted particles into a collection tube (Fig. 5). Droplets can be formed by using high-frequency (cycles/second, Hz) vibration of the nozzle at an optimal amplitude (in volts) over a period of time. This is typically created by a piezoelectric crystal. As cells pass through the laser interrogation point, light emitted from the cell is collected via detectors, and this signal is then processed by the instrument's electronics, which then tells the instrument to apply a charge to the droplet. The charged droplet can then be deflected into the appropriate tube for collection. Sorting live cells opens a host of additional experimental studies for further in vivo and in vitro characterization. 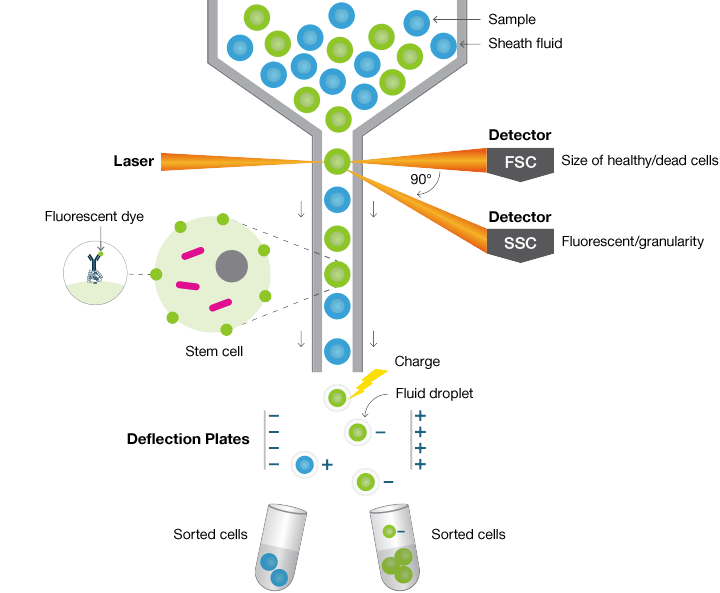 Fig. 5 Fluorescence-activated cell sorting is a specialized type of flow cytometer that sorts a heterogeneous mixture of cells based upon the specific light scattering and fluorescent characteristics of each cell.

Choosing the Best Cell Sorter for Your Lab

Although benchtop cell analyzers are now commonly found in research labs since they have become more user-friendly and compact, this has not always been the case for cell sorters, which are technically complex, have steep learning curves, and often require dedicated personnel for operation and maintenance. This is true even if only a couple of parameters are needed to sort for the population of interest. But, newer generation FACS instruments such as Bio-Rad's S3e Cell Sorter — which is capable of high-speed analysis and cell sorting — are much easier to use, making it possible to bring a cell sorter into the lab. Automated cell sorters, like the S3e Cell Sorter, are ideal for simple sorts, such as isolating cells expressing fluorescent proteins (e.g. eGFP, mCherry), or cell labeled with one or two fluorescent markers (e.g. PE, FITC). These simplified versions of the their more sophisticated instrument counterparts can be used as a stand-alone instrument, or as a valuable supplement to more complex cell sorters found in a core facilities. And, with the added feature of sorting, these cell sorters can be used to both analyze and isolate cells for use in downstream studies like single-cell analysis or CRISPR gene-editing. 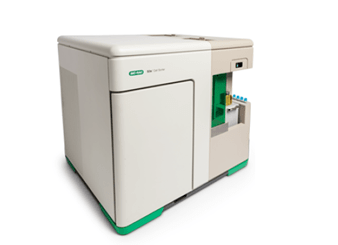 Thinking about bringing a cell sorter to the lab?

With intuitive user controls coupled with powerful automation, Bio-Rad's S3e Cell Sorter simplifies the complex and error-prone aspects of sorting, empowering anyone regardless of experience.

Learn more about the S3e Cell Sorter and discover how an automated cell sorting system can expand the capabilities of your lab.