This section describes the different components of Bio-Rad's real-time PCR system and how they can be utilized to suit your specific needs, and also provides information about the software available for analyzing the data.

Formats
Reaction blocks come in multiple formats with the most common being a 96-well block (Figure 2) with reaction volumes ranging from 1 to 125 µl. Blocks with more than 384 wells typically use microfluidics with volumes in the pico to nanoliter range.

There are a wide variety of optics systems that use a combination of light sources, filters, and detectors to measure the amount of fluorescence that is present in real-time PCR reactions.

Detectors
Light from excited fluorophores can be detected by a stationary device (Figure 4) or from a movable one (Figure 3). There are several types of detectors that are used in real-time PCR instruments.

Protocol setup: the denaturation, annealing, and extension parameters, the number of repeated cycles, and the steps at which data are to be collected are specified (Figure 7). 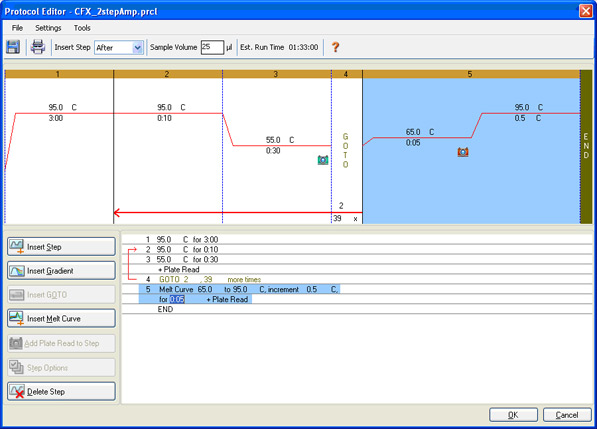 Fig. 7. Protocol Editor window in CFX Manager Software. This protocol consists of amplification followed by a melt curve to verify that a specific product has been produced.

Plate setup: The contents of each well are identified so that data can be properly analyzed once collected (Figure 8). The scan mode, which designates what channels are to be read, is also indicated.

Data collection: The fluorescence intensity of the reaction mixture in each well is measured and plotted versus the reaction cycle. If a target of interest is present, its amplification can be monitored in real time (Figure 9). 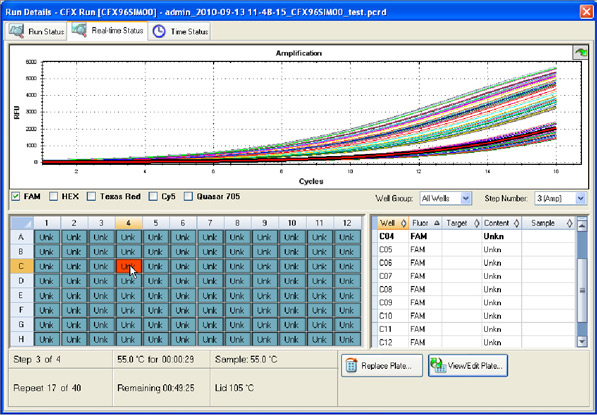 Fig. 9. Run Details window in CFX Manager software. The intensity of FAM fluorescence for all wells of a 96-well plate is shown up to cycle 16.

Data analysis: Once a run is complete, a baseline is automatically calculated or can be manually set and applied to each sample so that the values obtained from different wells can be compared. A quantification cycle (Cq) is then determined for each well based on the position of a single threshold line (Figure 10) or by regression analysis. 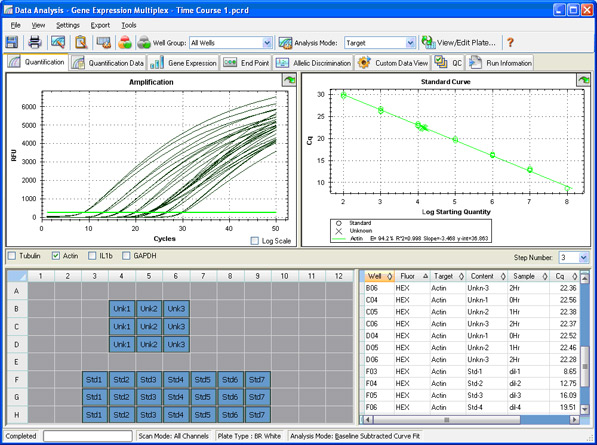 Two types of analyses that are commonly performed in real-time PCR are absolute and relative quantification. Absolute quantification is achieved by comparing the Cq values of test samples to a standard curve. The result of the analysis is quantity of nucleic acid (copy number, µg) per given amount of sample (per cell, per µg of total RNA). In relative quantification, the analysis result is a ratio: the relative amount (fold difference) of a target nucleic acid for equivalent amounts of test and control sample A vs. B (Figure 11; see Real-Time PCR Experimental Design and Data Analysis for more information). 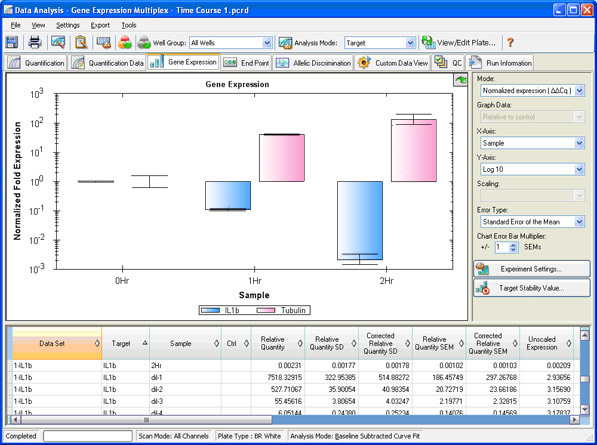